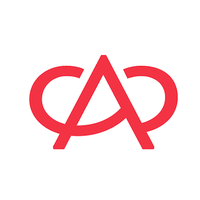 The Canadian Philosophical Association is pleased to announce that Sophia Moreau’s Faces of Inequality: A Theory of Wrongful Discrimination (OUP, 2020) and Claude Panaccio’s Récit et reconstruction : Les fondements de la méthode en histoire de la philosophie (Vrin, 2019) are the winners of the 2022 CPA Book Prize. The triennial prize is awarded to the best books in philosophy published by members of the Association.

The CPA Book Prize Committee, chaired by 2021-22 Past President Christine Tappolet, received a record 36 nominations from publishers and from authors or their colleagues. The Committee noted the high quality of the nominated books. 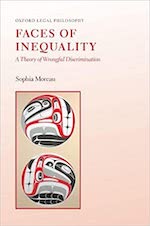 Sophia Moreau is Professor of Law and Philosophy at the University of Toronto. Faces of Inequality defends an original theory of when and why discrimination wrongs people. A review noted, “The discussion is rich, clear and precise both in terms of more general principles and concrete cases …[C]ertain elements of her reflection strike me as really original contributions.” 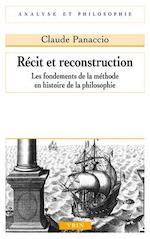 Claude Panaccio is Professor Emeritus in the Department of Philosophy at the Université du Québec à Montréal. Récit et reconstruction explores the relevance of research in the history of philosophy on current philosophical debates. “This is a highly original book by one of most exciting Canadian historians of philosophy,” wrote one reviewer, calling it “the most unusual piece of philosophy I’ve read for a long time”.

The CPA thanks the Book Prize Committee, the referees, and everybody who submitted a nomination.