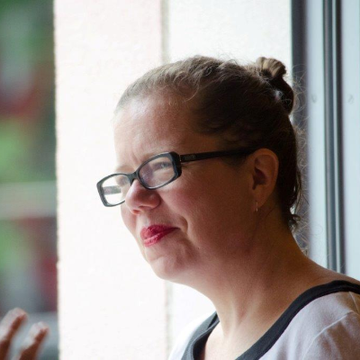 I  am delighted to launch the new CPA blog with a series of three posts about academic freedom. In 2018, it is more crucial than ever that academics understand and defend academic freedom, and philosophers in particular are well placed to do this work.

Academic freedom is the foundation of the modern university. Mediaeval universities were associated with particular religious orders, and with the doctrines of those orders. By the turn of the 19th century, however, universities in Belgium and Germany had begun to articulate and defend the freedom to teach and to learn. In 1915, the then year-old American Association of University Professors (AAUP) codified academic freedom in its Declaration of Principles. Thereafter, it adapted its principles several times, and ultimately adopted the 1940 Statement of Principles on Academic Freedom and Tenure, which remains a founding statement of the principles of academic freedom.

At bottom, though, academic freedom is a distinctive class of freedoms possessed by scholarly personnel of certain types of educational and research institutions by virtue of the social role that they – both the personnel and the institutions – fulfill. It is not a single freedom, but rather an umbrella term for a number of freedoms, including the freedoms:

In our next two posts in this series, we’ll more fully flesh out (1) the contours of academic freedom, as expressed in some key Canadian and international documents, and (2) the complicated relationship between academic freedom and freedom of expression.

I want to devote the remainder of this post to sketching why I think it is crucial that we understand and defend academic freedom, and by pointing readers to philosophers who are already doing work in this area.

Academic freedom exists so that scholars can take chances in their teaching and research – whether those chances amount to risky hypotheses, new methods, or politically controversial approaches. However, since its origins, academic freedom has faced a number of threats. These continue today, with some new ones added to the mix. Here is a quick inventory of just some of the challenges to academic freedom in 2018.

Here are some philosophers who have made recent contributions to our understanding of academic freedom and the related but distinct topic of campus freedom of expression. (I don’t agree with all of them, but all of them are worth reading.)

Last but not least, I have since January been writing daily blog posts at my blog Daily Academic Freedom and tweeting about academic freedom using the hashtag #dailyacademicfreedom. Daily blogging is a massive time-suck, but I keep at it because it seems to me that in 2018 it is crucial to improve the “academic freedom literacy” of both academics and members of the public. I hope that other Canadian philosophers will join me in this work.

Shannon Dea is an Associate Professor of Philosophy at University of Waterloo. She works on history of philosophy, philosophy of sex and gender, teaching and learning, and social philosophy. She is the author of Beyond the Binary: Thinking About Sex and Gender (Peterborough: Broadview, 2016).