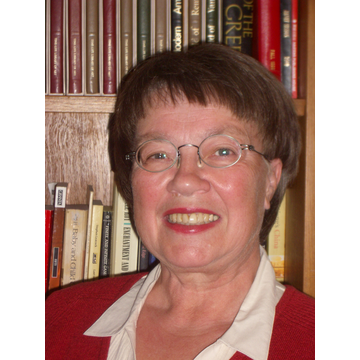 Recently I was surprised at the comments when an ethics discussion group turned to the topic of residential schools.  Present were concerned and liberal-minded women who took the view that the wrongs committed at the schools were understandable and not really blameworthy because of attitudes prevalent when the schools were founded and run, in the latter nineteenth century and well into the twentieth.  In this group, the prevailing view was that when the schools were established and operated, ‘everyone’ thought that indigenous peoples needed to be Christianized and ‘civilized;’ and in any event harsh physical punishment for children was normal regardless of race.  It would be unreasonable to hold people of the past to moral account because they failed to live by present values.  Thoughts normal for us now were not to be expected then.  Perhaps they were simply unthinkable.

On this account, we should not judge past agents and policies by present standards.  To do so is to commit the fallacy of ‘presentism,’ which is the mistake of thinking that present day values are applicable to the agents and actions of past times. In the context of a culture of the past, certain attitudes prevailed and, it is presumed, judgments that past should be made according to the standards of that time. This is a form of relativism applied to time instead of space. Bernard Williams called it the relativism of historical distance.

But I think there are reasons to question time relativism. For one thing, agents in a past context did not agree.  If we think, for example, about the travels of Columbus to America, the attitudes of adventurers, European royalty, sailors, philosophers, and theologians did not all coincide. The same holds for dueling and also for several central philosophical examples.  Aristotle approved of slavery. Did he do this because it was approved within his culture and he could not think otherwise?  Hardly so:  when Aristotle wrote in defense of slavery it was in response to others who had criticized the practice.  Another striking case is Kant’s attitude to women.  Kant did not think women had the intellectual capacities of men and argued that they should restrict their activities accordingly.  But Theodor Gottlieb von Hippel, a friend of Kant and fellow citizen of Kant’s hometown of Konigsberg, was the first Prussian feminist. Hippel, who described and decried the ways in which men had oppressed women, defended the knowledge-seeking Eve as a heroine of the Enlightenment. It is not plausible to understand his thoughts as impossible in the eighteenth century Prussia. Kant could have recognized the intellectual capacities of women:  the point is, he reflected on the matter and did not.

Returning to the matter of Canadian residential schools, we can find in the report of Canada’s Truth and Reconciliation Commission a number of references to problems and serious difficulties: a substantial death rate, run-aways, failures in  efforts to integrate, malnutrition and poor health, even sexual abuse. (That, presumably, was not thought to be a morally legitimate practice at the time.)  It was possible to think critical thoughts about practices in these schools and we know that, because some people did.

Some years back Michele Moody-Adams had an even simpler argument to back up the possibility of dissenting from the standards of one’s time and culture. She cited the presence in languages of a negative particle, in English, NOT, arguing that if one can think ‘X’, then one can think ‘not-X.’ Against the moral norms of their day, some people did.

The question, then,  is not whether it was and is possible to think against prevailing moral norms, but what follows from this possibility.  One might argue that though such critical thought was possible, it was not normal.  One might say, well such critics were unusual for their time, and it is not reasonable to expect people to be unusual. (Obviously, not everyone can be unusual.) Now when we are speaking of philosophers and intellectuals of the past, this sort of argument strikes me as very weak. After all, these people were unusual; many had strikingly original ideas about such fundamental topics as potentiality, soul, space, time, and causality. It is not plausible to think that they would have been incapable of maverick thoughts about race or gender.

As to policy and practice regarding residential schools, supporters were not, in the main, theorists. They were workers, educational administrators, and politicians.  Among them were people who spotted harms and failures; they registered damage to children and families; some judged fault.  Most such judgments were not taken seriously. Why not? We can posit likely causes: diverted attention, self-interest, failure of courage, self-deception, lack of power.  Moody-Adams used the term “affected ignorance.”  Probably the explanation is to be found in a combination of these factors; to seek out such an account would seem an important topic for historical research. It is an over-simplification to say that objections were not thinkable because people were somehow ‘blinded’ by their (supposedly uniform) culture and rendered incapable of critical analysis.

In defense of time relativism, one might submit that the criticism of past practices is morally arrogant, that we should be humble because some of our own practices will doubtless seem barbaric to future generations. Consider meat eating and fossil fuel consumption as likely examples. Yes, we could be wrong in our judgments. We are surely far from perfect and, non-arrogantly, we should acknowledge that. But if we are wrong, it is not because our moral judgments imposed on us by a monolithic culture and we cannot think otherwise.  We need to think independently and we can if we make the effort. The same is true of agents in the past. Without arrogance, we can judge that a past practice was wrong, that people acted wrongly in engaging in that practice, and that at least some of them were blameworthy for doing so. Yes, Virginia, there were wrongs in the past. And there are present moral challenges in responding to them.