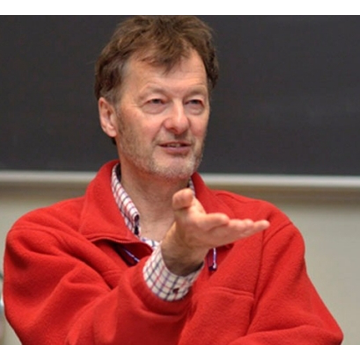 Nearly everyone cares about their future self, seeking benefits and avoiding harms that they will experience later, sometimes much later. (We usually discount so that the far future counts less than the near future. This is controversial.) We also care about our children and later descendents, and about future generations in general. There is not much argument in philosophy about whether these concerns are reasonable, and I am not going to open the issue. There is a debate about how exclusive they are: whether there is a justification for prioritizing one's own children and one's own descendents above those of others. The purpose of this post is not to advance this debate but to argue that it generalizes from individual people and present societies to the whole present species and what might come after it.

The generalization is based on a line reminiscent of Derek Parfit: what should matter to individual people is not whether later people are literally the same people or not, but rather whether they have various forms of continuity with the individuals in question and further their interests. Assume this, for the sake of argument. (It means that if a future person will be biologically continuous with you but will not retain any of your point of view or strive for any of the things that matter to you, you should suspend superficial prudence and work against the interests of that future person.) Now ask what reasons we have for promoting the interests of future humans. Two core reasons are that they will see the world in much the way that present humans to, and will identify with humans as we are now. The identification is mutual: we think of them as us. It is conceivable that there would be future humans who are opposed to what we consider valuable (perhaps they torture children as an art form) and consider us, their ancestors, as so primitive and deluded that for them we are no kind of us. Then they should be no kind of us to us, either. If they are locked in a rivalry with another species that, although they are no descendents of present day humans, support what we care most about, then if there is anything we can now to that will help that rival species against our descendents we should do it. For what we care most about is what we value rather than what we happen to want, what we want to be wanted by whoever can promote it.

This is not a science fictional possibility. Genetic engineering and advances in biotechnology make it not only possible but likely that in a very short time by biological standards there will be beings created by present-day humans which will have vastly different capacities than we do now. (I would give it at most a couple of centuries until there are creatures that are as different from us is we are from the Australopithecines.) Will they be us? Will they want what we want? Will we be an us to them? Both yes and no are possible. These questions matter because we can now make conditions easier or harder for these beings to achieve their aspirations. Consider two extreme scenarios.

First, suppose that we see the evolution of a race of self-centred aggressive ecologically irresponsible creatures having a lot of human DNA. If what I am saying is right we should think twice about giving them opportunities, for example leaving them a planet suitable for their kind of life. We might instead favour some non-human species that will by flourishing wreak havoc on them and their plans. Second, suppose that we foresee the evolution of beings that can accomplish what we value better than we can. (For example, they can care for the planet and for one another much better than we do. Not so difficult.) A complication is that such advanced beings are unlikely to share all our values. They would have thought things through to a depth that eludes us. They might think of us as being on the right track in a bumbling primitive way, and we might think of them as striving for what we would want if only we could think it out well enough. So instead of saying "they want what we want, so more power to them", we should say "their values are developments of our values, so we should allow them to exercise their better judgement". Allowing for this complication, we should prepare the way for these second creatures, making sacrifices if need be to leave them a suitable planet and not restricting their possibilities on and beyond earth more than we need to.

I built my exposition on an analogy with debates about personal identity. But in fact the issues that we have been led to are more real than those connected with philosophical themes of personal identity. The possible cases that arise there have only a suggestive relation to anything that actually happens in human life. But troubling questions about future species and their relation to present humans are not at all thought-experimental. There will be such future species and we do now have options that should make us think what we should leave behind for them and how we can make their interests easier or harder to achieve.

(This post is a development of one theme in the final chapter of my recent short book Should we Colonize other Planets?)